Dr. Ellen Ochoa was the first female Hispanic astronaut. Over the course of four NASA flights she logged more than 970 hours in space. In 2012, Ochoa was named the 11th director of the Johnson Space Center making her the first Hispanic and the second woman to serve in this position. She has also been recognized with NASA’s Distinguished Service Medal, Exceptional Service Medal, and Outstanding Leadership Medal. Recently, we sat down with her for a discussion about her career, the future of women in aeronautics, and inspiring future generations of women.

In addition to your role as an astronaut and director of the Johnson Space Center, what roles do women have today in space exploration?

What do you think we can learn from the women who paved the way for today’s women in the field?

Leadership and technical/operations skills are valued in aerospace, and those can be found in women and men. Women simply needed to be given the chance to demonstrate those skills, instead of being dismissed. I certainly owe a debt of gratitude to many women who came before me, and men who supported and championed them.

What does the future look like for women in the field?

It’s a great time to be working in human space exploration with so much going on—at NASA, in commercial industry, and particularly in the partnering of the two such as the Commercial Crew program. There’s more development of human spacecraft and launch vehicles than at any time in history. Women are participating at all levels, and while the percentages still don’t reflect demographics, they are improving. Many practices that used to create barriers for women are being changed. For example, at Johnson Space Center, we use diverse panels for promotions and selections for development programs, let people volunteer for informal development opportunities, support employee resource groups, encourage mentoring, and track how we are doing, for all underrepresented groups. 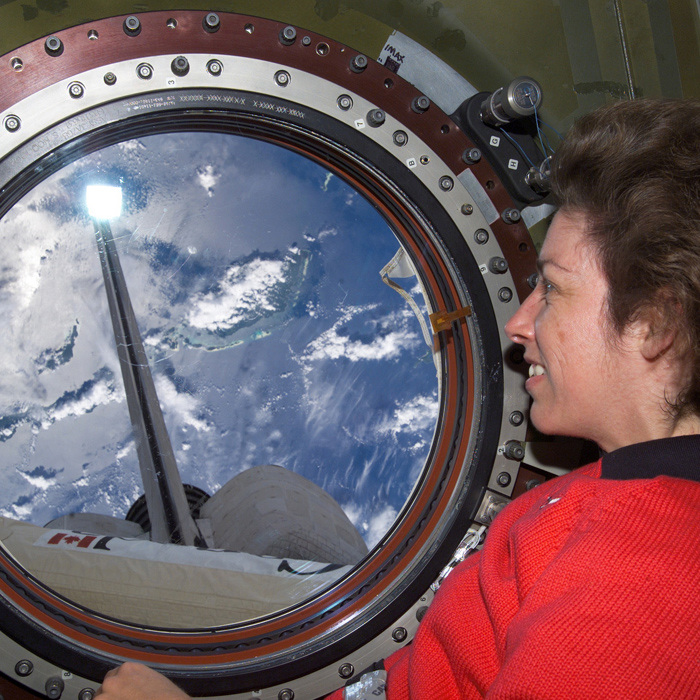 Ochoa, STS-110 Mission Specialist, looks through the earth observation window in the Destiny Laboratory on the International Space Station (photo courtesy of Ellen Ochoa).
"Leadership and technical/operations skills are valued in aerospace...Women simply needed to be given the chance to demonstrate those skills, instead of being dismissed."

Who are some of the women that inspired you in both your personal and professional life?

Certainly my Mom had the biggest influence on me, encouraging my siblings and me to study hard and showing us her enjoyment of learning. It was also a big deal when the first class of astronauts to include women and minorities was selected in 1978. A few years later, when Sally Ride flew for the first time, I was able to connect with her in ways that made it seem possible for me to go after a high goal—we were both Physics majors and had both studied at Stanford.

As the first Hispanic woman in space, how important is it for young Hispanic girls to have role models such as yourself?

It was certainly very important for me to see women astronauts—it hadn’t been possible before that 1978 class, and the first six women demonstrated their skill in a way that helped all the women who came after them. So I know that role models make a difference, and I take seriously that part of my career and life. For young Hispanic women, there are few well-known women in STEM fields, so it’s even more important to let them know about the interesting and rewarding careers that they can pursue. 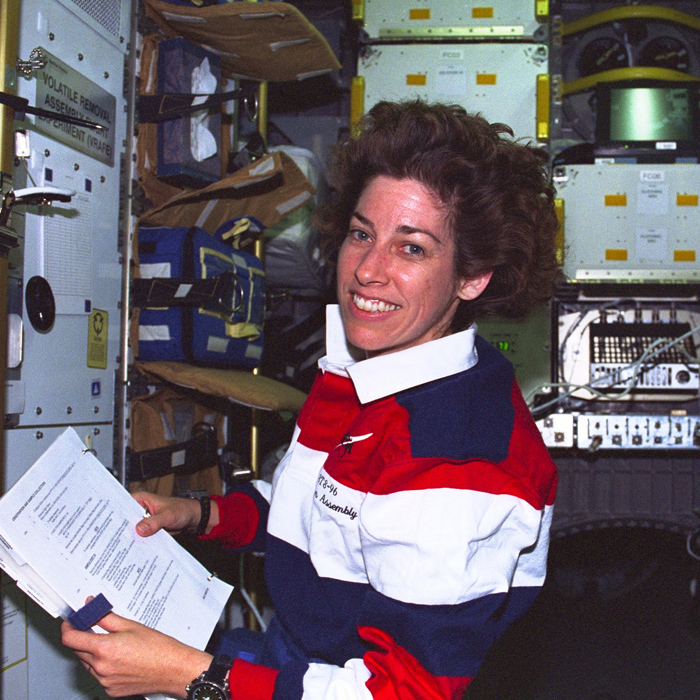 Ochoa spent many hours in this post aboard SPACEHAB in Discovery's cargo bay as she coordinated the large supply of hardware intended for the International Space Station (photo courtesy of Ellen Ochoa)
"For young Hispanic women, there are few well-known women in STEM fields, so it’s even more important to let them know about the interesting and rewarding careers that they can pursue."

What advice would you give to someone who was considering entering the space industry or other STEM field?

It’s a very interesting and challenging field! It’s important to study math and science throughout high school and college, and major in some technical area. Take advantage of all of the opportunities that colleges provide, including professor office hours, tutoring, student chapters of organizations like Society of Hispanic Professional Engineers (SHPE) and Society of Physics Students (SPS), and project-based hands-on classes. There are so many more ways to contribute at the undergraduate level than there used to be, including a number of NASA challenges and paid internships.

Why do you think it is important to have a women’s history museum?

Women have mostly been left out of the story of our country’s history, and it’s way past time to rectify that. When I was on the President’s Commission on the Celebration of Women in American History in the late 1990s, we heard from many women who looked in vain to learn more about women’s roles in history when they were in school. I remember one woman telling us that in elementary school, she checked out a book on Clara Barton every week, because it was the only book about a woman that her school library had. Going forward, there should be a rich variety of stories and materials about all of the ways women have contributed to—and made—history. A women’s history museum is an important part of that. 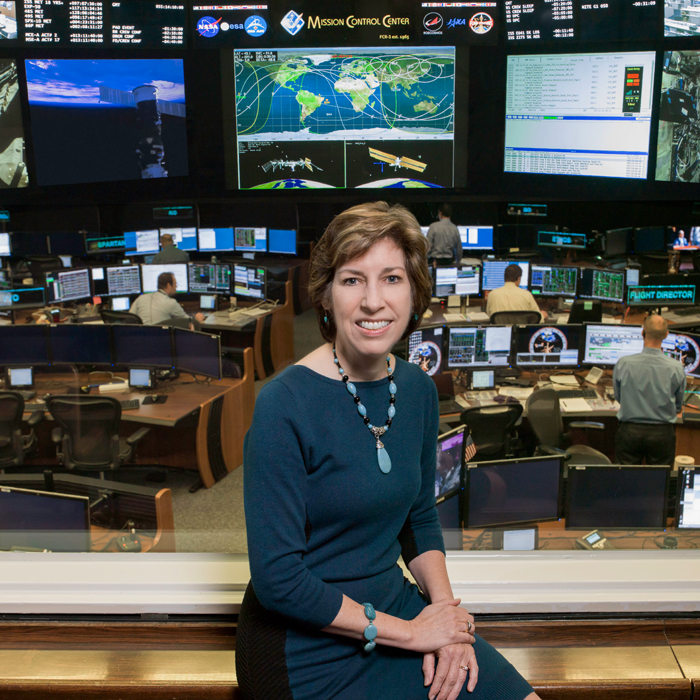 Ochoa in the Mission Control Center at Johnson Space Center (photo courtesy of Ellen Ochoa).
"Women have mostly been left out of the story of our country’s history, and it’s way past time to rectify that."

Indra Nooyi, a business leader and strategic thinker, is widely considered to be one of the top CEOs in the world for her leadership of the global behemoth PepsiCo for 12 years.
READ MORE
Article

From 2022 through 2025, the Mint will design and issue five quarters annually that feature reverse designs honoring a diverse group of women whose achievements, triumphs, and legacies reflect the strength and resilience of our nation.
READ MORE
.