In Defense of June Cleaver 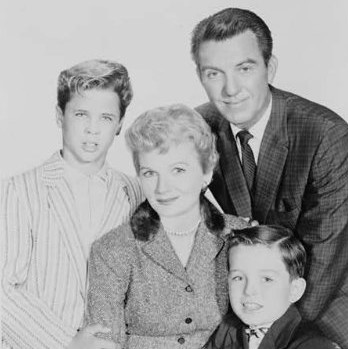 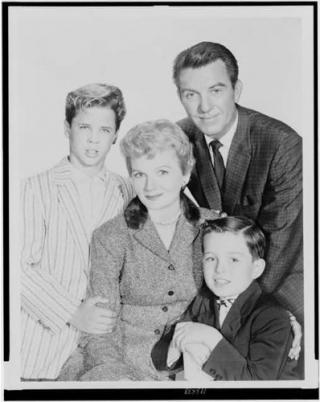 Publicity photo of the Cleaver family from Leave it to Beaver. 1957.

Barbara Billingsley’s June Cleaver on Leave It to Beaver (1957-1963) has long been remembered as the quintessential housewife who kept an immaculate home while managing to look immaculate herself in her trademark pearls and high heels. With reruns still playing in the United States and other countries around the world and with a remake of the series, The New Leave It to Beaver, in the 1980s, the perfect image of June has been seared into the minds of millions of people. While some like June Cleaver, others loathe her and give her a lot of flak for being the archetypal 1950s woman the second wave of the Women’s Movement was trying to liberate. If you search the internet, you can find all kinds of things from t-shirts to memes proclaiming people’s disdain for the June Cleaver lifestyle. Perhaps a closer reading of Leave It to Beaver, however, shows a side of June lost in people’s memories and amongst the criticism. Consider the four points below.

1. June’s pearls and high heels were necessary for the cinematography of the show

Barbara Billingsley had a deep hollow in her neck, which caused an unpleasant shadow to appear across her neck when filmed on the unsophisticated (compared to today’s technology) film and cameras of early television. It is similar to the problem the Leave It to Beaver crew had when trying to film outdoor scenes, as the sun reflected too strongly off dry pavement and caused glares on film. When watching the show, you can frequently see wet pavement whenever there are outdoor shots, as the darker wet ground provided better contrast on screen. Like wetting the pavement, Billingsley’s neck had to be covered up in order to prevent the shadow. June does not wear pearls in every scene of every episode, though – sometimes she is seen wearing shirts that cover the hollow of her neck, scarves, and other types of necklaces. Eventually pearls became her trademark in part because the clean, bright look of them translated well to film. As the seasons went on, June also took to wearing high heels, which she did not often do in the beginning of the show. As Billingsley explained, she wore flats when the show started, but as the boys grew as they aged over six seasons, she had to wear heels in order to look taller than them. June was, after all, still the parent and the producers wanted her to appear that way on screen. Billingsley also cleared up further rumors about June’s wardrobe, which many viewers believed looked quite expensive. In fact, according to Billingsley, her wardrobe came from Penney’s (now known as JCPenney) a lot of the time and some of it was also bought wholesale. Apparently, the most expensive items of clothing June owned were sweaters.

2. June was not just a housewife

True, June Cleaver was a housewife, but so were millions of women in the late 1950s and early 1960s when the show aired. While there are still women who have the luxury to choose to be housewives instead of working outside the home, housework is often looked down upon by others as a thing of the past that represents a time when women did not have as many freedoms as they do today. However, we have to remember to also view Leave It to Beaver as a thing of the past as well. It seems unfair to judge a show that is over 55 years old based on how some women might live life today.

Billingsley supposedly once said, “June Cleaver didn’t keep her house in perfect order, the prop man did it,” a reminder that June is not a real person who actually made a house look the way the Cleavers’ did. But just because June is a housewife does not mean there is nothing else to her character. She was hardly one dimensional. June is actually quite funny, sarcastic, and witty. She is compassionate toward her children, even when they get in trouble while “messing around.” She frequently forms a bridge between the children and her husband, Ward, who is a strong disciplinarian. Especially when they are younger, but throughout the entire series, the Beaver and Wally are often afraid of their father and June steps in to keep the house at peace. June is also smart, got good grades at the boarding school she attended, played on the boarding school’s basketball team, and has a college degree. Billingsley herself was a working, widowed mother of two who was raised by single mother. More reflective of Billingsley herself and of modern times, in The New Leave It to Beaver, Ward is dead (Hugh Beaumont, who played him, passed away in real life before the remake began), June takes up a seat on the Mayfield City Council, and she is also taking more college classes. On the original show, her character makes a conscious decision to be a housewife, as the Cleaver’s middle class standing afforded her that opportunity. How do we know June made a conscious decision to be a homemaker, though? Check out point 3.

In one episode, Beaver, who is worried about his upcoming IQ test at school, goes to June for moral support. He tells June, “Girls have got it lucky…They don’t have to be smart. They don’t have to get jobs or anything. Alls they gotta do is get married.” He says women who do not get married could do a bunch of “dumb stuff” like “become dressmakers or cut people’s nails in the barber shop or take care of kids.” To this, June tells her son, “Well, Beaver, today girls can be doctors and lawyers too, you know. They’re just as ambitious as boys are.” With this statement, she is acknowledging she is aware that there are multiple options out there for her and that she has simply chosen the one that works best for her.

4. June regularly stands up to Ward

An act not often performed by her TV contemporaries. Whether it is Ward’s self boasting and June’s rejoinders along the lines of “but I still married you anyway,” or the way Ward wants to raise their children, June regularly has a say in household matters. She has opinions on money handling and other issues that impact the family. She tells Ward to leave his bad mood at the office when he comes home upset so he does not take it out on the boys. She hardly sits by and defers to her husband on every occasion. When she does defer to Ward in some cases of disciplining the children, she usually does so when it would make him seem like the meaner parent and her seem like the nicer parent. Ward and June sometimes shoot playful jabs at each other, like the “but I still married you anyway” one, and for every one Ward gets off on June, she has another for him. Throughout the course of the series, she got mad at the children and her husband, and while things worked themselves out by the end of each episode, not everything was perfect in the Cleaver household all the time.