196 Countries Solo, as a Woman

At some point in our lives, we become inspired and almost transcended by the actions of others whom we look up to with awe. Some of us so much so, that we want to march to the beat of their drum, to frolic in their footsteps, and to taste the air that they breathe. Everything I had done in my life prior to Expedition 196, was with the intention that I had the ability to do anything men could do. I never wanted to succumb to the notion that; “just because I’m a woman, I’m automatically limited.” Flash forward to July 24th, 2015, my biggest fear was literally stepping foot on to the plane, and flying 38,000 feet in the air and over the Pacific to destination number one, Palau. At the bottom of my list of fears, was kidnapping, and that fear didn’t resurface until I was in country number 196: Yemen. Ironically, the prominent fear of kidnapping wasn’t that of my own, but of what others around me were telling me. 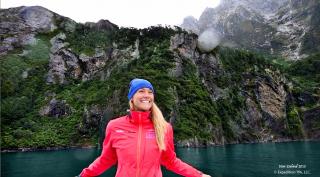 Research and tactical knowledge was what I needed to make this Expedition a success, and through research, came motivation and yearning that inevitably drove me to pursue this odyssey. Amelia Earhart, someone I’ve always looked up to, had been a woman of courage, fortitude, and unforgiving passion to forge her own path. Prior to my departure, when I was researching women who have traveled the world, there was one woman in particular who’s story really struck a chord. There’s a fascinating story about a woman named Jeanne Baret, who was the first woman to circumnavigate the globe. It baffled me that someone could do such a thing and stay safe, let alone as a woman in the mid 1700’s, with no modern technology. But the fascinating thing about it was that she did it dressed as a man. I wondered if this classified being able to have the bragging rights to say that she circumnavigated the world as a woman, but at the same time, you have to give her an immense amount of credit for being so crafty as to do so dressed as a man. How quirky yet meaningful in the way women viewed travel back then. 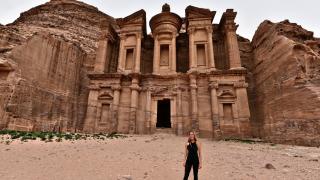 Back in 1890, Nellie Bly raced around the world in 72 days. Her story resonated with me because she broke Jules Verne’s fictional record of 80 days. She persisted as a journalist and female explorer, while at the same time being tested by her male counterparts as she attempted to get her story out there. What she did was intriguing to me in that sense as she paved the way into history. 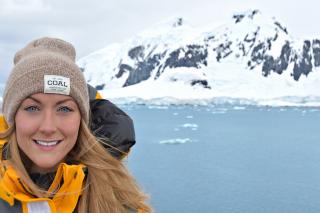 There are some unavoidable conflicts that are impossible to avoid as a woman due to our genetic makeup, which scares me. With that said, the fear that we instill in our minds as women of something bad happening to us if we do something alone, is immense to the point of unnecessarily extreme fear. As women, it’s crucial to always be aware of our surroundings and know the dangers, but let us not allow fear to hold us back from pursuing anything from our dreams to the other side of the spectrum; what only men have done up until this point. Moving forward, I believe that it’s not necessarily group strength, coming together as women, but finding the strength within each and every one of us enough to love ourselves and have confidence enough to know ourselves and allow the fires within us to shine through our movements and actions, in a positive and influential way. Too often, we seek strength from others, when in truth; the strength we seek can be found within ourselves. Women, both young and old, are at the greatest advantage to push boundaries, test current limitations, and strive forward to shift our world in a positive direction for women empowerment. With each “risk” we take as individuals, be it traveling to 196 countries or strengthening our institutions with female driven power, we enhance and educate our world, leaving behind a legacy for future generations of young women. This is what is vital towards crafting a powerful future for womankind and adventurers alike. 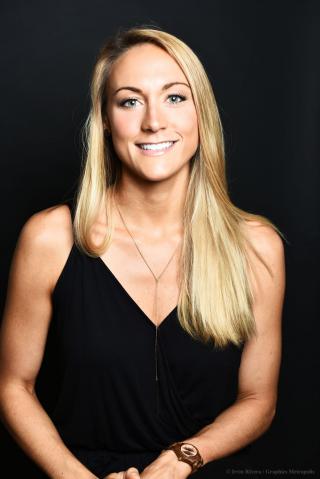 Cassie De Pecol is a 27-year-old woman from the USA who in July of 2015, took off on a 196 country solo expedition in an effort to break a Guinness World Record to be the fastest person and first woman on record to travel to every country in the world. In February of 2017, she did just that. While spending the 18-month journey as a global Peace Ambassador and sustainable tourism advocate, she spoke to over 16,000 university students around the world across 40 countries, discussing the importance of women’s achievement and responsible tourism which encompassed the planting of trees to offset her carbon footprint, and collecting water samples to test for micro plastics. She broke two Guinness World Records; ‘Fastest Person’ and ‘Fastest Female’ to travel to every sovereign nation and will be publishing a memoir, launching a non-profit, and releasing an educational documentary in the near future. A triathlete and student of Krav Maga, Cassie’s goals have always been fitness/health focused, and during her travels she made it a priority to train as well as partake in distance races.Cassie hopes to inspire women of all ages and specifically future generations to pursue their passions through travel and living a healthy lifestyle.

Maria Tallchief was one of the most accomplished dancers of the twentieth centuries, and was the first Native American woman to hold the rank of prima ballerina.
READ MORE
Lesson Plan

An article on the future of women in STEM.
READ MORE
.