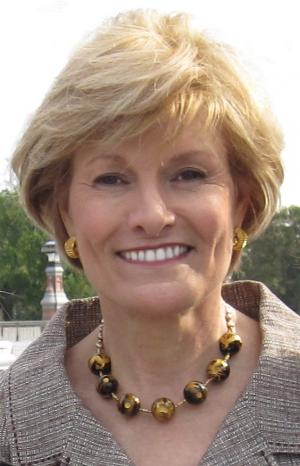 After serving over 10 years as President & CEO of the National Women's History Museum (NWHM), Joan Bradley Wages was appointed President Emerita in January 2018.  NWHM is a 501(c)3 nonprofit organization dedicated to educating Americans about the diverse, historic contributions of women and raise awareness about the critical need for a national women's history museum in our nation's capital.
Joan was one of NWHM's founding Board Members and has been a passionate and tireless champion of this effort for nearly 20 years. She advocated Congress to pass current legislation that established a bi-partisan Congressional Commission to produce a feasible plan for the Museum, which the President signed in December 2014.

Prior to joining NWHM, Joan championed women's issues on and off Capitol Hill throughout her career. Joan began her career in the airline industry as a flight attendant for Trans World Airline, and later served as Director of Customer Service for the airline, eventually joining the Independent Federation of Flight Attendants as its spokesperson and lobbyist. She teamed with a small group of women to advocate for the transfer of The Portrait Monument from the Capitol Crypt to the Rotunda, where it stands today. Joan served as president of Cash, Smith & Wages, where she helped pass the Family and Medical Leave Act, the smoking ban on aircrafts, numerous aviation security measures, and Delaware legislation to prevent the take-over of corporations by corporate raiders. Joan has participated in Women in Government Relations and the Women's Leadership Forum. She also served on the Board of the Virginia Alliance for Health Care Freedom.

As part of its Remarkable Women series, Lifetime Television honored Joan for her efforts on behalf of the Museum. She has a TEDx Talk on Where Are Our Heroines?. Ms. Wages holds a B.A. from Auburn University and an M.A. in Philosophy from Columbia Pacific University.