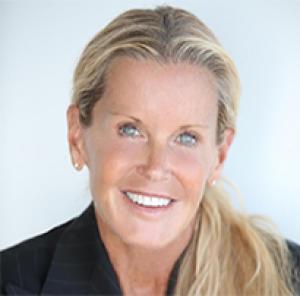 Mari Snyder Johnson is a CEO, executive producer for both feature and documentary films, and an activist working on behalf of global environmental consciousness and human dignity and equality.

Her first documentary film, The Last Animals (Executive Producer) premiered at the 2017 Tribeca Film Festival and National Geographic had its premiere broadcast on Earth Day 2019. The film’s focus is the startling connections between the illegal wildlife trade and international terrorism, transnational criminal syndicates and border security while documenting the ivory and rhino horn trade and the extinction of Northern White rhinos. The Last Animals won The Wildscreen Festival’s 2018 Impact Award, “The highest accolade in the wildlife film and TV industry.”

The Bleeding Edge, (Executive Producer) premiered at the 2018 Tribeca Film Festival and is currently available to stream on Netflix. A groundbreaking investigation into the medical device industry. The impact of the film has been nothing short of remarkable. One week before the Netflix premiere, Bayer Corp., the manufacturer of birth control implant Essure, announced it was pulling the device off the market. Several months after the film’s release, the FDA announced its first major changes in more than a decade to its 510K regulatory process, a process the film critically examined. The Bleeding Edge was honored with the George Polk Award - one of the most prestigious awards in journalism and was nominated for the 2019 Peabody Awards.

Johnson's current project On the Record (Executive Producer) with Two-time Emmy-winning and Oscar-nominated investigative documentary filmmakers Amy Ziering and Kirby Dick, deals with sexual harassment and assault in the workplace. Premiering at the 2020 Sundance Film Festival it was the first festival acquisition for the forthcoming streaming service HBO Max.

Johnson is a Natural Resources Defense Council envoy to the United Nations for the Alliance on the High Seas. She is an active board member for organizations such as Defenders of Wildlife, Washington D.C., the National Women’s History Museum, Washington D.C., and Marlborough School, Los Angeles.